DESCRIPTION
Join Lara Croft in a mythical journey, as she embarks on her most treacherous adventure yet. Discover an ancient world of cryptic puzzles, hidden tombs, and deadly enemies as you explore the wonders of the underworld. Based on the hit console game, Tomb Raider: Underworld brings you an action-packed adventure of epic proportions. Master your surroundings using acrobatic abilities and deadly combat skills to help Lara reach new heights. Can you unravel the mysteries that await her?
FEATURES
Tomb Raider: Underworld (Java) -

Don't Know How You Can Play Java Games On Android? Click Here To know.
Thanks for visiting... 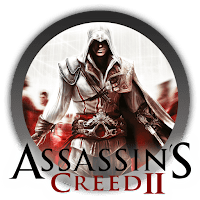 Ben 10: All-Out Attack   Genre :  Action - Adventure Size:  333 KB      Click Here To Download SCREENSHOTS          DESCRIPTION   Ben 10: All-Out Attack Ben 10 is a game where the player controls Ben and helps him to travel into 5 regions from the  United States  to recover all the Omnitrix's DNA samples stolen by Vilgax, which want to use it to destroy the world. Its levels consist of solving puzzles, along with enemy waves where the player needs to fight to continue. He also has the access to the Omnitrix, which permits Ben to transform into different alien forms with specific abilities that can be used for combat, puzzles, etc. In the beginning, Ben is only able to access a few of his alien forms for a limited time, but after defeating some  bosses , Ben can eventually access five of his ten forms (Four Arms, 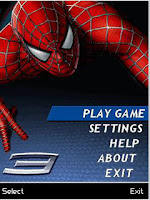 Spider-Man 3 Genre : Action - Adventure Size: 811 KB      Click Here To Download SCREENSHOTS       DESCRIPTION   Spider-Man 3 java game is an action-adventure game based on the Spider-Man franchise.  In this game, you will able to feel/enjoy the journey of peter parker. You can walk on walls, swing in the sky,  Fight with the enemy and you can also use the web to catch the enemy and kill them. FEATURES  Swing webs  Using webs you can catch the enemy. Tons of animations and techniques to defeat your enemy More combo more damage The more you complete more it will be challenging to complete missions.        Don't know how to play java/jar games on Android?  Click Here   to know.